"The object toward which the action of the sea is directed"

"Death is the destiny of every creature including man."

I made it to Homer, AK which is a very special place. Not only was my first encounter with wildlife two just born moose calves, it’s surrounded by mountains, ocean and not too harsh of temperatures. It truly is a gem of Alaska and if I were to make a home of all the places I’ve been, Homer would be it.

I spent 9 hours with the author of the book Castner’s Cutthroats, Jim Rearden and his wife today. Jim is in his early 90’s and is a quadriplegic. It’s a special thing to see the couple still so in love. Audrey, Jim’s wife, is so “hands-on”… Literally. They have a nurse who comes in the am and pm for an hour but for the most part she does everything for him. It’s tough to see a man struggle with his “crippled body.” That’s what he calls himself. A man who couldn’t be slowed down, got stopped. As he says, “you never plan for an accident.” His spirit and mind are alive and well, but being “stuck” and helpless can upset a man. I again listened to stories and we discussed the film Castner’s Cutthroats, I can’t tell you how much I love my job. I spent hours in his library today, and when I say library, I mean museum. He has had a plentiful life indeed. I’ve grown to enjoy the man more and more and we’ve grown closer just in a day. I was able to go through several hundred photos from the War. We watched some films on the Aleutian Campaign and I joined them for dinner. I called it a night and will return in the morning. I have a feeling I’ll be spending quite a bit of time here. I’ve shared a few pictures with you. It’s only the tip of thb iceberg. These are real photos of the actual events. Please note: viewer discretion advised.

I hope you’re all well! 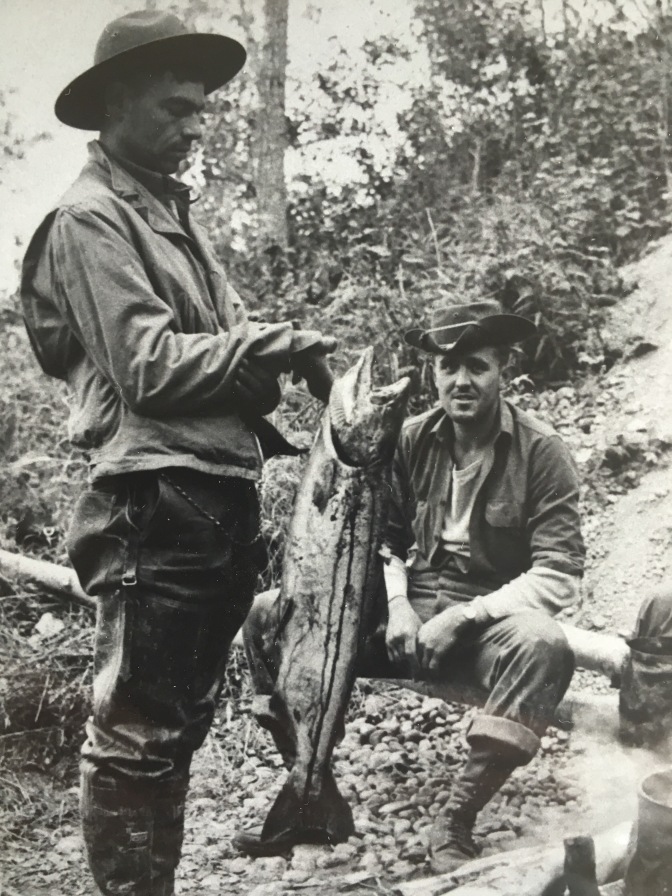 It wasn’t easy being an Alaska Scout by any means…

More men were killed by the weather in Alaska than by Japanese soldier. Trench foot was a common cause of death.

The battle of Attu was much longer than US officials expected. This is a boat full of men heading to Attu on May 7th 1943.

Japanese bodies after the suicide raid on Attu May 21st.

View all posts by natesalaskanadventure